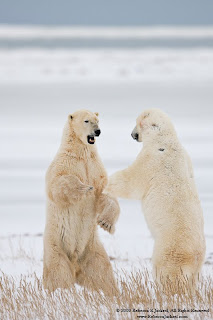 A warning upfront: Some of the images included in this post are graphic and very upsetting but it's a story that needs to be told.

By now we all know about Global Climate Change or Global Warming. We know that the sea ice is melting. We know that these changes are happening rapidly and we know that it is putting more and more pressure on the animals that rely on the ice for their survival. However, KNOWING and SEEING FIRST HAND are two very different things.

Churchill is a perfect location to view Polar Bears in the wild. Five rivers pour into Hudson Bay near Churchill, the fresh water freezing at a warmer temperature than the salt water with which it mixes. The polar bears stage in the area, waiting for the ice to form so that they can break their summer long fast by hunting the ring seals which inhabit the ice flows. The large males arrive in the first wave. They spend their time sparing with other males, establishing dominance and working muscles that have been neglected during the summers inactivity. When the ice forms they leave and it is safe for the smaller, younger males and females to stage on the shore before they step off onto the ice flow. The final wave of bears to arrive on the sea ice are the females with cubs. They are vigilant about keeping their cubs a safe distance from large males who are feeling increasingly pressured to find food for their starving bodies. 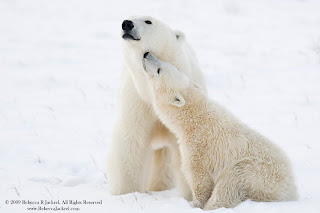 Historically the bears have been able to return to the sea ice to begin hunting by November 8th. Within the past decade that date has moved further out, the sea ice forming later and later and the multi-year sea ice all but disappearing. On November 19th I was witness to an incident which speaks to the pressures these bear are facing. The ice has yet to form. The area is saturated with bears: large males, thin geriatric bears, slender females, rambunctious teenagers and moms with cubs. They are all starving and they are impatient for the ice to form. A young female was guarding her cub when a large male approached too close. She valiantly fought him, attempting to protect her cub but in the end he was too big, too strong and he took the cub.

This is not an isolated incident. It has been recorded a confirmed four times to date during this season with an additional four unconfirmed incidents - eight in total. Retired biologist, Dr. Ian Sterling has been working with the Western Hudson Bay population of Polar Bears for over 30 years and has reported that he has not witnessed an incident of cannibalism in his time.

It would be easy to hate the male bear, to call him a bad seed and dismiss the incide 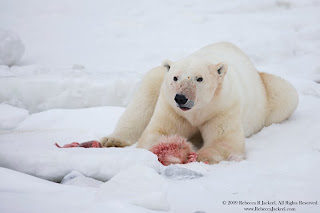 nt as the harshness of Mother Nature. In speaking with JoAnne Simerson, Senior Keeper and Polar Bear Behaviorist with the San Diego Zoo, we agree that one has to have compassion for the male bear as well as the cub and female. If his normal food source were available to him he would not have wasted his time on the cub. The world is changing quickly and they all have so little time to adapt....

This December the United Nations plans to meet in Copenhagen to discuss a plan to reduce the world's carbon footprint. I was very happy to learn that President Obama will be attending the meeting and has pledged to reduce U.S. emissions 17% from 2005 by 2020. 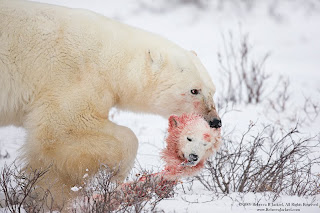 For more information and resent press releases surrounding this incident and the ongoing research into Polar Bears please visit Polar Bears International (PBI).
Posted by Rebecca Jackrel at 10:36 AM 5 comments:

15 Days in the Arctic 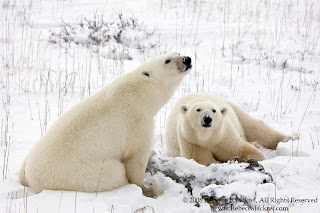 Hitting the road to Churchill, Manitoba, Canada for 15 days packed full of polar bears, arctic fox and arctic hare. Hoping for some good sunsets this year... wish me luck! I'll report back in 15 days.
Posted by Rebecca Jackrel at 1:24 PM No comments: 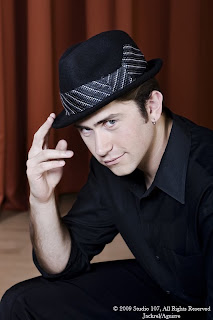 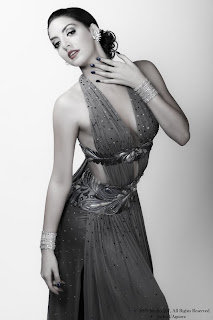 Enrique and I had the distinct pleasure of working with two very talented couples in a dance studio in Oakland last night. While I am absolutely exhausted (we wrapped at 1:50 AM, packed up and headed home and I was on my way to Elkhorn Slough to photograph otters by 6AM) I am thrilled with the results of the shoot. They have a show coming up in January and needed promotional images, we captured those and then some!
Eric and Chelsea (top) are American Grand Ballroom Smooth Champions and Max and Rachel (bottom) are an up and coming Latin dance couple. I don't 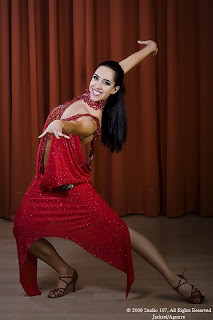 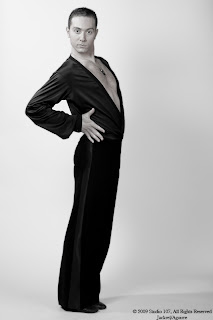 even pretend that I can dance
but I know what it's supposed to look like and these guys have it in spades. And I'm not just saying that because Chelsea is my cousin! They are truly talented. I'll keep you posted on the show when I get more information in case anyone is in town and wants to get tickets.

Posted by Rebecca Jackrel at 9:49 PM No comments: