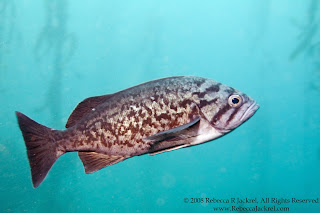 Winter is the time to dive in Northern California. It might be cold but storms clear out the dead kelp leaving behind cathedral columns stretching to the surface. The visibility is amazing and the sunshine on the kelp is magical. So... we have a few weeks left before we hit prime time. We attempted to dive a couple of weeks ago and experienced surge, waves and the famous 3 foot visibility t 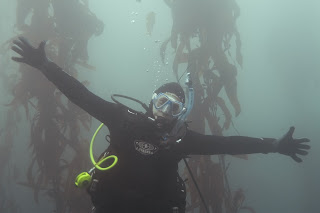 hat leaves cold water divers shaking our heads and asking, "Why am I freezing my butt off for this??" Today Point Lobos gave us a taste of what's to come.


Unfortunately, I am WAY out of practice with my underwater camera gear. I did say "taste" of what's to come... you can see that the vis wasn't STELLAR by the scatter in the water between me and my dive buddy Enrique. Congratulations on Open Water Dive #8 Enrique! Soon we'll both have cameras out there and we'll turn into horrible dive buddies. 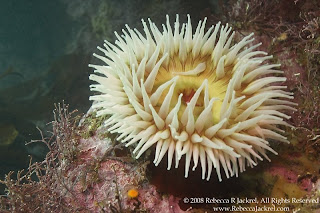 Posted by Rebecca Jackrel at 9:33 PM No comments: 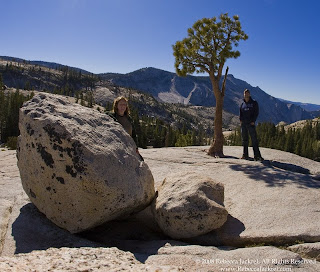 I made a mad dash up to Yosemite with my cousin Jon this week. Jon just graduated from college and is staying with us while he gets to know the Bay area and find a job. It's been a lot of fun showing him around and it's been helping me to reconnect to the city and remember why I love the area so much. Unfortunately, the party is going to end as Jon is going to find a job soon. I couldn't bear the thought of not seeing Tuolumne this season and with November filled up with trips for Polar Bears and Albatross and the pending departure of my new partner in crime... I knew it had to be done sooner than later. So off we went - one night in the Curry Village tent cabins and a wonderful long day cruising the park, watching coyotes and mule deer, smelling the incense cedars and enjoying the warm sun. 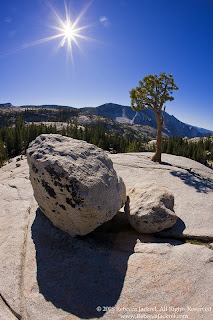 I was more focused on just drinking in the majesty that is Yosemite than I was on capturing memorable images. Then I thought of a friend of mine who is always using his fisheye lens to get unique perspectives. I decided it was time to haul mine around too. I think this is my favorite shot from my experimentation with the lens. I love how it makes the sunburst even at f/10!

After we had a picnic in Tuolumne meadows, watched the Northern Harrier Hawk hunting the grasslands, we headed through Tioga Pass to Mono Lake. What a treat - there were TONS of Eared Grebes and ruddy ducks swimming about. I had meant to shoot some landscapes but became engrossed watching these little birds hunt and capture the brine flies.

Posted by Rebecca Jackrel at 12:31 PM No comments: 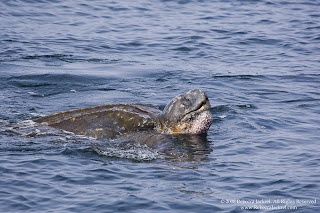 I managed to make it back out to the Farallon Islands. More importantly, I managed to do it without getting sick. Out of 20 people on the boat, 7 people were down for the count due to sea sickness.

I headed out because I had heard there had been Blue Whale spotted. Unfortunately there was a storm at sea that stired up the currents - the whales had not yet returned to their feeding cycle. We did spot the Blue but at the end of the day and from afar. 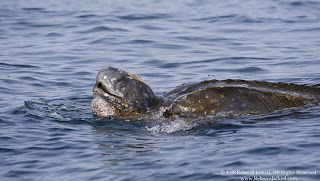 The absolute highlight of the trip for me was an encounter with a Leatherback Turtle. If you know me, you know I ADORE turtles... if you don't know me... I ADORE turtles. When I first moved to San Francisco I took a tour to the Farallons and found a Leatherback - we got some photos which I am sure were nothing short of amazing... and the print lab lost the film.

It's pretty rare in life that you get a second chance. Even more rare to have a second chance with an endangered species. So I am counting my blessings on this encounter. T 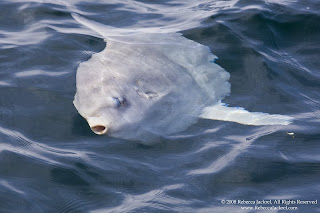 he Turtle was so nice and mellow and didn't even care that we drifted along side of him for a time.

The Mola Mola (Ocean Sunfish) was the icing on the cake for the day!
Posted by Rebecca Jackrel at 5:10 PM No comments: 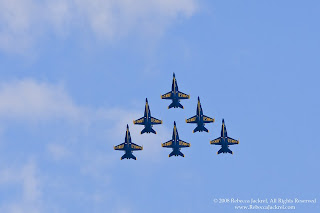 I've been remiss in my writing of late - and my processing! I have Spirit Bears and more Grizzly Bears and more images from Elkhorn Slough to share. In the mean time - here are some fast moving metal critters. I wasn't able to stick around for the weekend of Fleet week but I did watch them practice on Friday afternoon. I'll get back to the 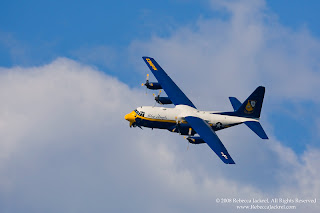 Posted by Rebecca Jackrel at 1:31 AM No comments: