On May 28, 1937 President Theodore Roosevelt pushed a button in Washington, DC signaling the official start of vehicle traffic over the Bridge at noon. Construction began on January 5, 1933 and cost more than $35 million ($1.3 million UNDER BUDGET).

The Mighty Task is Done 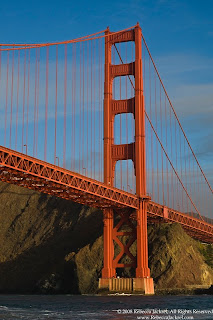 At last the mighty task is done;
Resplendent in the western sun
The Bridge looms mountain high;
Its titan piers grip ocean floor,
Its great steel arms link shore with shore,
Its towers pierce the sky.

On its broad decks in rightful pride,
The world in swift parade shall ride,
Throughout all time to be;
Beneath, fleet ships from every port,
Vast landlocked bay, historic fort,
And dwarfing all--the sea.

To north, the Redwood Empire's gates;
'To south, a happy playground waits,
in Rapturous appeal;
Here nature, free since time began,
Yields to the restless moods of man,
Accepts his bonds of steel.

Launched midst a thousand hopes and fears,
Damned by a thousand hostile sneers,
Yet ne'er its course was stayed, 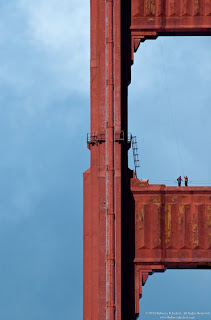 But ask of those who met the foe
Who stood alone when faith was low,
Ask them the price they paid.

Ask of the steel, each strut and wire,
Ask of the searching, purging fire,
That marked their natal hour;
Ask of the mind, the hand, the heart,
Ask of each single, stalwart part,
What gave it force and power.

An Honored cause and nobly fought
And that which they so bravely wrought,
Now glorifies their deed,
No selfish urge shall stain its life,
Nor envy, greed, intrigue, nor strife,
Nor false, ignoble creed.

High overhead its lights shall gleam,
Far, far below life's restless stream,
Unceasingly shall flow;
For this was spun its lithe fine form,
To fear not war, nor time, nor storm,
For Fate had meant it so.

Posted by Rebecca Jackrel at 3:20 PM No comments: 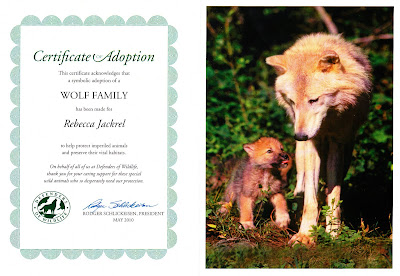 So my birthday is still a month away but I received this early gift from my mom... it's great when parents get you!
Posted by Rebecca Jackrel at 4:16 PM 1 comment: 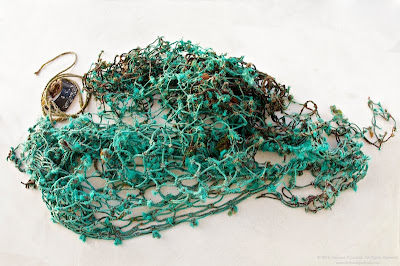 There's a lot of garbage out there and a lot of people trying to raise awareness. Leah Lamb is one of those people and this Friday we are teaming up to dive Lovers Point in Pacific Grove/Monterey to remove as much garbage as we can find. Anyone out there interested in helping out?

Wayne Sentman, a naturalist with the Oceanic Society, is joining in from Midway Atoll where he is organizing a beach clean up to match our garbage collection pound for pound.

We're meeting up this Friday, May 7, 2010 at 9:00 AM at Lovers Point, Pacific Grove/Monterey. If you want to help out meet us there or organize your own clean up and let us know how you do! 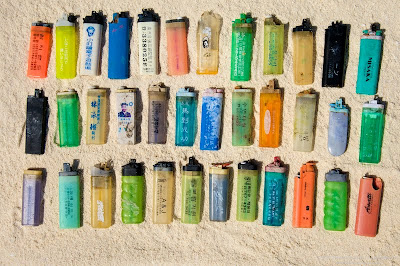 Posted by Rebecca Jackrel at 5:37 PM No comments: