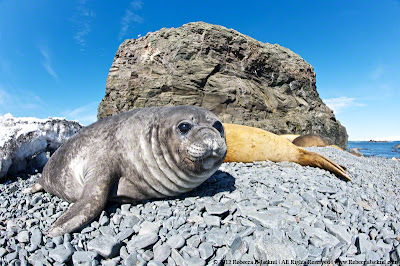 That could mean only one thing!
ELEPHANT SEALS!!
I was ready... all of my language lessons from the Marine Mammal Center here in California were about to pay off. Albatross may be top in my heart but elies are a close second.

I spent several hours leaning on the warm rocks and conversing with these weaners - every once in a while a female would lift her head and snort at us as if to say "Keep it down, I'm trying to sleep". Is there anything as cute as these huge black eyes gazing at you with wonder? 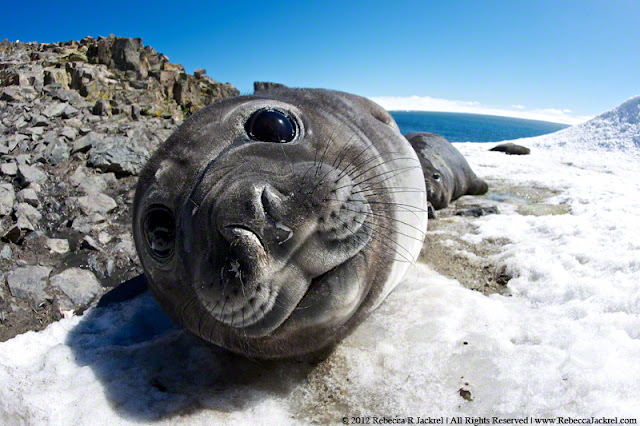 How about this little guy who wanted to be a walrus... or maybe he was just practicing his Vampire costume for next Halloween. 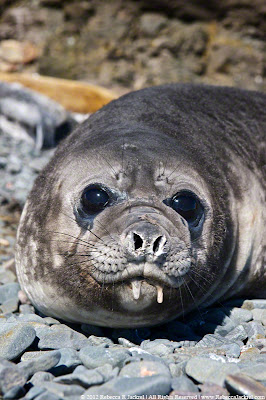 After a long while I moved off to explore more of the island. There are of course tons of Chinstraps - all showing off their beautiful new eggs. 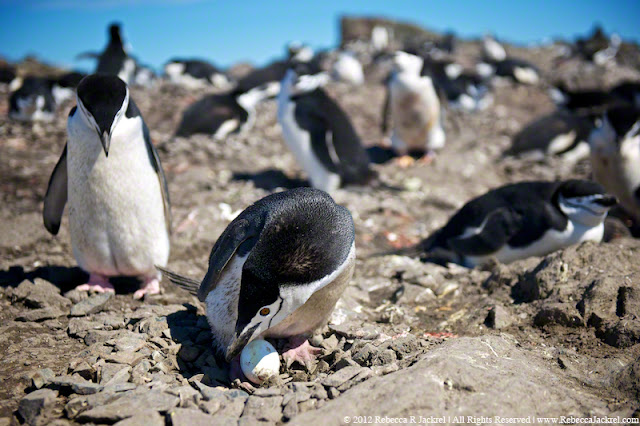 Then I noticed two penguins that didn't quite fit in... 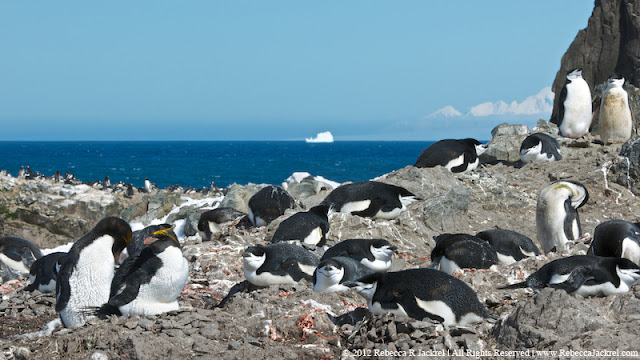 Right in the middle of all the Chinstraps.... 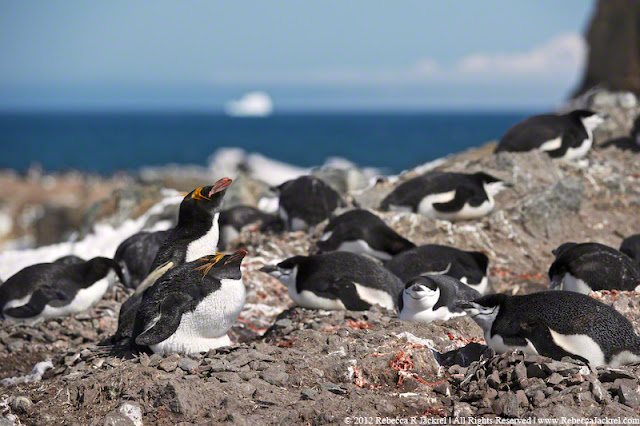 The Macaroni Penguin is a new species for me so I was super excited to sit and watch them. The first couple I found was content to just sit and occasionally groom but the second was actively building their nest. The male dug deep into the mud to find a nice pebble to bring back to its mate. She seemed to appreciate all the hard work and found just the right spot for each small offering. 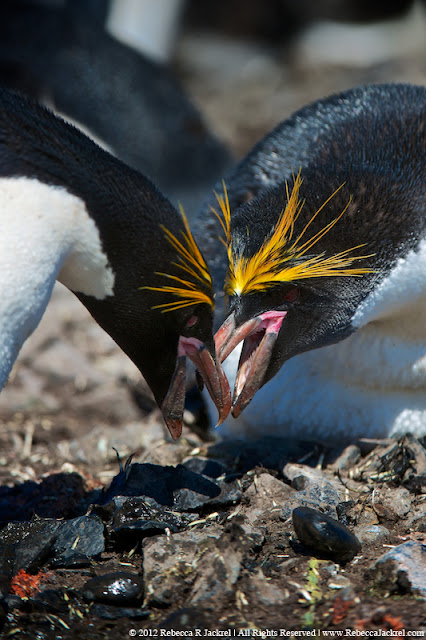 Walking around at Hannah Point one has to be very careful not to approach any high points because of the nesting Southern Giant Petrels. They are easily spooked and won't return to the nest after they've been displaced.  I found one spot I could crawl to without breaking the horizon and spy on a nesting petrel. Turns out they don't do much when undisturbed... just an occasional stretch. I was glad to leave her to the task of incubation. 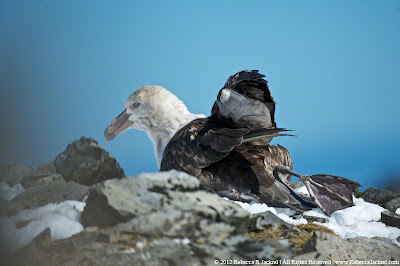 Another area boasted 5 or six nests of the lovely Blue-eyed Shag (Phalacrocorax atriceps) Unfortunately a Kelp gull was also nesting nearby and didn't like me hanging around so I moved on rather quickly and found more elephant seals. 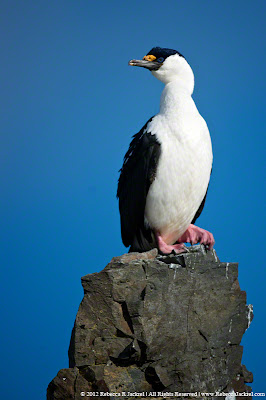 It seems someone is always facing the wrong direction. 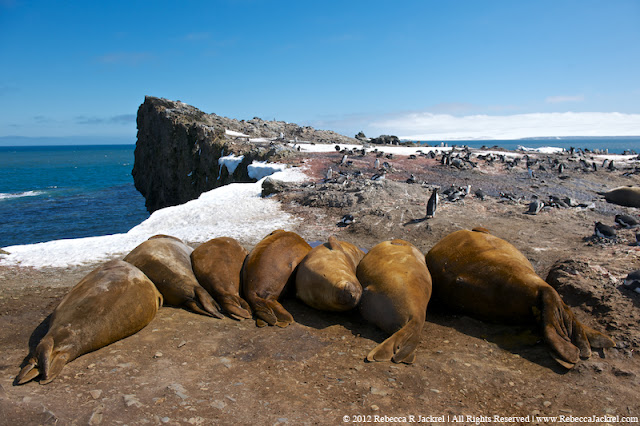 At the end of the day I found a nice warm sheltered beach and settled down to watch a few juvenile seals push each other around in the shallow water. All this play now will prepare at least one of them to become a beach master... I wish them all luck! 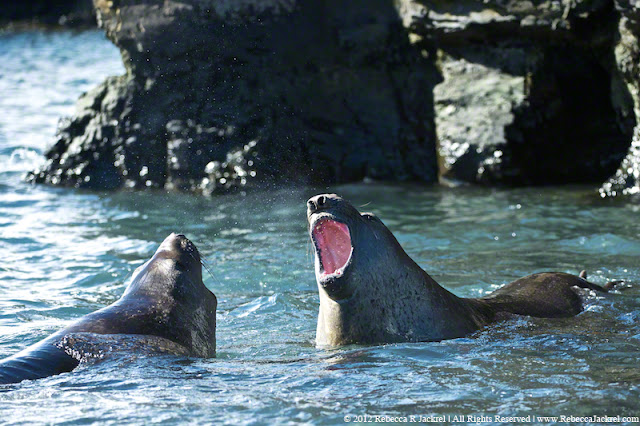