Back from 80 degrees North 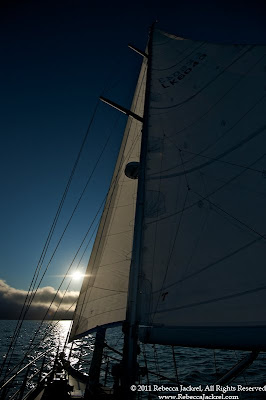 I'm back from an amazing adventure in Svalbard.  22 days on a small sailboat exploring the fjords, glaciers, islands and ice floes that make this archipelago famous.  We were a crew of 6: Our fearless skipper Heinrich from Longyearbyen, the eternally sunny Pauline from Hong Kong (now living in Longyearbyen), the effervescent Meg from Australia, impish Steve from Seattle and the glue who held us all together, Paul also from Seattle.

We began in Longyearbyen, the largest of 4 settlements in the archipelago and sailed north, stopping at 79°N to visit former coal-town-turned-research-settlement, Ny-Ålesund.  From there we continued North along the coast until we eventually reached the northern pack ice.

The lack of trees and shrubs makes the landscape seem barren at first, nothing more than volcanic rock and shale, scoured clean by repeated glaciations from the tertiary times to present.  On closer inspection one begins to see life.  The landscape is dotted with tiny wildflowers, moss and lichen.  The sea is rich with crustaceans, mollusks and crabs.  All of which supports an incredible diverse group of birds, marine mammals and even some terrestrial mammals. 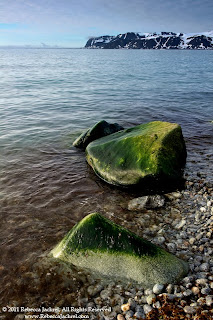 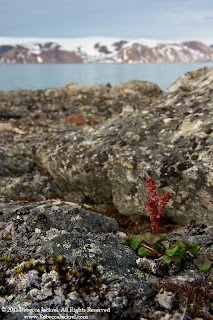 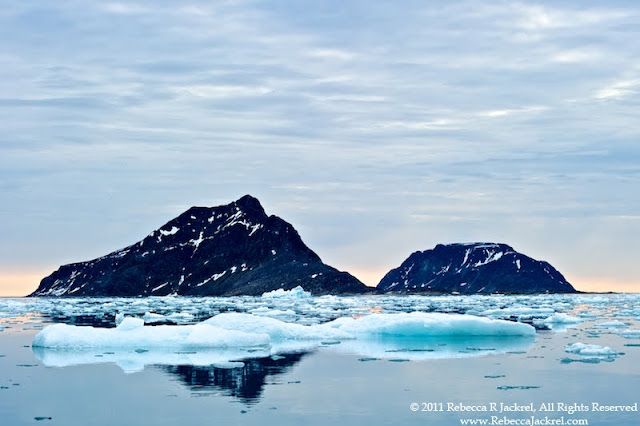 Posted by Rebecca Jackrel at 5:02 PM No comments: